EEEI : Story of a Comex in Luxembourg

Home » EEEI life » EEEI : Story of a Comex in Luxembourg

The epidemiological situation in various European countries, particularly in Italy, had led to the postponement of the General Assembly initially planned in Naples in June 2020 by one year, and then to the postponement of the possibility of meeting in that city from June to September. The alarming news received from Italy in the course of the summer had to lead to reschedule the COMEX meeting on a different site with a very short notice. The city of Luxembourg was able to host our meeting. 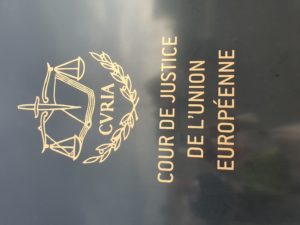 The first working session brought together in the late afternoon the participants who had already arrived for a pedestrian excursion towards some European institutions, in particular the Court of Justice of the European Union. The work in progress allowed us to affirm that “European justice was under construction”.
In the evening, a convivial dinner allowed us to welcome the President of the Chamber of the Grand Duchy of Luxembourg, Robert Kousmann, expert engineer, accompanied by Dr. Robert Huberty, expert physician, as well as Dr. Mark Lissens, president of one of the Belgian companies of expert physicians, BENEVERMEDEX.
The several exchanges between the guests ended with the invitation of the President of the Chamber of the Grand-Duché of Luxembourg to participate, in two years, in the events organized for the 25th anniversary of the Company.
A much more studious atmosphere awaited the participants on Friday morning, after some technical problems to connect the dozen or so participants present with an equivalent number of participants in videoconference. The theme of this morning was to progress on the GC2IM project (Getting Closer to Institutional Members) launched just before the vacations, and whose objective is to improve relations with institutional members and especially to encourage them to participate more actively in the work of the EEEI. 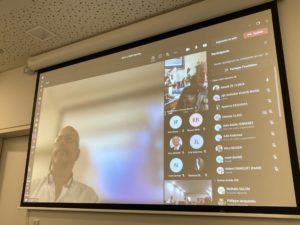 As early as 8:30 am on Friday morning, the participants in videoconference joined the present participants for a presentation of the “first steps” of the GC2IM program whose objective is, as its name indicates, to renew with the institutional members the relations distended by two years of COVID and their consequences.

After a quick presentation of the program by our co-presidents, each of the group coordinators was called upon to present the first avenues of work identified during the video conference exchanges with the members of their group: 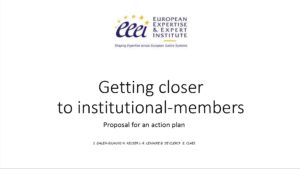 The members of each group were then invited to work as a group (face-to-face and videoconference) for a little over an hour, to define the priority lines of action for their group.
These ideas, reported and discussed in the plenary session, will become the objectives to be reached in the coming months. You will be informed of their progress.