2018, European and International Activities of the Honorary President

Home » Évènements » 2018, European and International Activities of the Honorary President 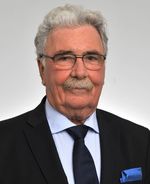 The EEEI is a European think tank that has been in existence since 2006, the aim of which is to contribute, through its work, to the convergence of national systems of judicial expertise and to guarantee, throughout the European judicial area, the legal certainty of decisions by the quality of the expertise carried out by court order.

One of the peculiarities is that this association is composed of European institutional members, Courts of Appeal or equivalent, Bars, Associations of experts and Universities. These numerous contacts throughout Europe nourish and enrich a collective reflection. This alchemy (combination of ideas and contacts) is vital for our association, so it is in my capacity as founder and now honorary president to travel across Europe and to meet our institutional members who continue to give us their every confidence to present advanced new lines of thought, ongoing projects and to meet new institutions, new leaders and new European contacts.

The promotion of our work allows the EEEI to :

This task of promoting the EEEI and its work is lengthy and sometimes complicated because Europe is a vast territory for a small association like ours but the motivation remains intact.

This fundamental work makes the EEEI a major player in the European Union and in the framework of the CEPEJ.

We have regular contacts with the European Parliament, e-Justice of the Council of Europe, the European Commission, with the General Directorates Competition, Internal Market and especially Justice.

For the past few months, as Honorary President, I have :