Admissibility in legal proceedings in England of a covert recording

Home » Expertise, law and jurisprudence » Admissibility in legal proceedings in England of a covert recording

An overview of the English practice

Whilst in many European countries, experts’ assessments in judicial proceedings are undertaken by ‘judicial’ experts, chosen by a judge on a list of accredited experts and independent of the parties, in the English jurisdiction experts are not appointed by the court, but chosen and instructed by the parties themselves.

Another difference with procedural models such as the French system is that it is very common in England to have more than one expert. For instance, in serious injury claims such as brain injuries, usual practice is to have one expert per party in any medical field relevant to the injuries suffered, such as: neurology, neuropsychology, orthopaedics, ENT etc. In practice, the claimant has one appointment with each expert, individually (there is no such thing as ‘expertise contradictoire’ or ‘joint assessment’). Also, lawyers are not invited to attend: the claimant is usually alone with the expert.

Although medical practitioners acting as experts in court proceedings are expected to be independent and impartial (Rule 35.3 of the Civil Procedure Rules: “it is the duty of experts to help the court (…); this duty overrides any obligation to the person from whom experts have received instructions or by whom they are paid”), it is not uncommon to see some experts acting exclusively for victims, and some exclusively for defendants.

Thus, and because it is an adversarial system, experts’ independence is sometimes queried, if not openly criticized in court.

This is a case management decision by Master Davison in the High Court of Justice. The claimant had been involved in a road traffic accident, which did not seem particularly serious, but she claimed that she had suffered a brain injury (sub-arachnoid brain haemorrhage and diffuse axonal brain injury), which caused her some cognitive and neuropsychological damage. Given the minor severity of the collision, the defendant disputed the extent of her injuries.

Her solicitor started a claim and obtained permission to instruct six medical experts, including a neuropsychologist. In neuropsychological assessments, the expert usually combines an interview of the victim, typically with one close family member, and psychometric (or other) tests.

The defendant obtained permission to instruct experts in the same fields. Before she attended the appointments with the defendant’s experts, the claimant’s solicitor advised her to record (audio, not video) the examinations (i.e. interview/discussion, and any tests).  With four of these experts, the recording was agreed by the expert, but two were undertaken without the consent or knowledge of the experts, in particular the neuropsychologist.

When the claimant attempted to disclose the recordings to criticize the defendant’s experts’ reports, the defendant made an application to the procedural judge to exclude the covert recordings.

Without entering into detail of all arguments exchanged, the essential points to take away from the decision are that: 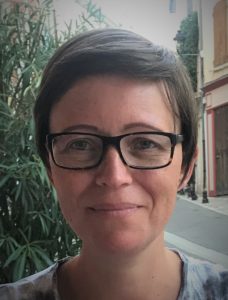 [1] For the sake of brevity this article refers to England and English law and practice. This is nevertheless valid for England & Wales, which are one single jurisdiction. Scotland and Northern Ireland are distinct jurisdictions and legal systems.