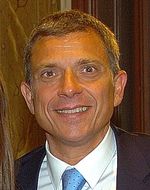 President of the Catalan Association of Judicial Experts

The Law 1/2000 of 7 January on Civil Procedure (called LEC 2000) has drastically modified the appointment of the judiciary expert since it entered into force in 2000. The previous (former) civil procedure law (in place from 1881), was based on a single expert, appointed by the judge, and chosen from a list managed by each Court. From the year 2000, the opinions that the litigants wish to put forward and which they consider necessary or appropriate for the explanation of the case, are prepared by experts appointed by them and must be provided with the initial claim or the response to the claim. That means that a civil party are now obliged to provide all the expert opinion to the Court, and if they do not present these means of proof in the appropriate time in the proceedings, the judge will be entitled to reject a later proposal. This is the effect of article 336 LEC 2000, which implies that a lawyer, once he takes a case, has the responsibility and the obligation to decide what expert specialty is required, and identify the name of the expert who will write that expert opinion

In parallel, the system in place since 2000 has effectively stripped to the judges of one of the important functions they had previously, because they can’t intervene in the decision of choosing the experts.

However, within this new system, experts nominated by the Court and elected by the judge still exist, because there are some exceptions in certain civil cases, contained in the article 339 LEC 2000. These, among others, are the main exceptions :

What are the three main consequences of the appraisal system in the LEC 2000 ?

1- There has been a “privatization” of judicial expertise. The expert is no longer comfortably located in a closed list of experts. From 2000, he has to use the tools that free market competition gives him to demonstrate his experience and strong knowledge in the field of expertise required, as well as his credibility before the Courts of Justice, to attract contracts with lawyers, who are the new clients.

2- Since LEC 2000 is also based on the principles of a spoken hearing and contradiction in any trial, the “private” justice expert will defend his report at an oral hearing, where he will most likely have to challenge and confront the different or opposite opinion of one or more experts appointed by the other parties, and he will have to explain his work and his conclusions in front of the Court, where he will be subjected to an intense “cross examination” which will be recorded by video.

3- Article 429 LEC 2000 sums up very well the third consequence, which is, perhaps, the main difference compared with systems in our neighboring countries : in Spain, the civil judge cannot make a decision on what expert opinion will be necessary, so that if during the preliminary oral session (where the parties present their means of evidence), he considers that the evidence put forward by the parties could turn out to be insufficient to clarify the facts at issue, he can only inform the parties of this, stating the facts at issue which, in the court’s opinion, could be affected by insufficient evidence. Upon making such a statement, the court may also point out the evidence which it may deem appropriate, taking into consideration the probative elements whose existence is reflected in the documents.

Many problems have appeared since the introduction of this procedure law in 2000. The main one is based on the information required from experts to enable their selection. Article 340 LEC 2000 states that the experts shall hold the official title corresponding to the subject matter and the nature of the opinion to be provided. In the case of matters not included in an official profession, the experts shall be appointed among individuals well acquainted with subject concerned.

Article 341 LEC 2000 states how the list must be produced : In the month of January, the various professional associations, or failing them, similar entities, as well as the cultural and scientific academies shall be requested to forward a list of members or associates willing to act as experts. The first appointment of each list shall be made by drawing lots in the presence of the Court Clerk and, after that, the next appointments shall be made in correlative order.

This regulation implies that experts from the list used by the judges only need the official title, and no other requirements or conditions are set Therefore, to be in this list, there is no selection process, the Public Administration does not ask for forensic experience, for a specialty within the official title, or for a basic knowledge of the procedural system, it only asks for the official title. This situation frequently causes a low quality of service from the experts included on the list, because young people who have recently obtained an official title in whatever specialty are allowed to include their names on the list under article 340 LEC and so they are able to work in civil cases.

This regulation has also caused an overcrowding of the list, because people with an official title want to have extra work and extra fees for their work, and they have easily applied to be on the list of experts for the Court of Justice, particularly during the period of the recent global economic crisis. As an example, in Catalonia alone (with around 600 Courts), all kinds of experts included on the list number almost 8000, and this situation affects both the quality of the service and the status of the expert within the system.

This system of a “private” expertise in LEC 2000 has required a great effort from all legal operators in order to be adapted to the civil process in Spain. Judges have been the most critical with the LEC expert’s system, because they have been reduced drastically in their capacity to control and decide the expert evidence they need to get a fair judgement.

Most of the experts working in the Courts of Justice in Spain belong either to the professional associations (architects, doctors, engineers, etc.) or to the private associations created in the regional departments (Valencia, Madrid, Galicia, Basque Country, Catalonia, etc.) to defend and represent experts’ interests in their dealings with the Courts’ representatives or with the Spanish public institutions. These Associations, constituted of expert specialists in the fields of which Justice requires, have the added value of representing the experts established throughout the Spanish territory, offering a continuous training to their associates in the field of judicial procedure. a further benefit is that these regional associations (such as the Catalan Association of Judiciary Experts –www.perits.org –, which I have the honour to preside at the moment), are federated in the General Council of Judiciary Experts of Spain (www.consejoperitos.com), that represents the vast majority of our professional members in Spain.

The Eurexpertise project made it possible to draw up an exhaustive inventory and objective analysis of the rules and practices used in the field of civil expertise throughout the EU, and to propose to the European authorities consensual reform suggestions to decrease the amount of divergences.

The country profiles resulting from this work are presented in the final report Eurexpertise, published in 2012 and are progressively updated under the supervision of the Institute and published in partnership with the journal Experts.

The description for Spain has been updated and published in Experts Review n ° 128 of October 2016, thanks to the voluntary work of contributors from the European judicial and expert world.

With the kind permission of Marie-Hélène Bernard, editor of the Revue Experts.

www.cogiti.es = General Council of the Official Colleges of Experts and Engineers in Industrial Techniques (in Castilian)

www.uapfe.com/ = Union of Expert Architects of Spain (in Castilian)

www.cgcom.org = General Council of the Official Colleges of Doctors (in Castilian)

www.refor.org = Registry of Forensic Economists = website of chartered and financial accountants who are members of one of the Official Regional Colleges of Economists who among other activities carry out the duties of court experts or expert witnesses (in Castilian)