Civil expertise to the proof of fundamental rights

Home » Expertise, law and jurisprudence » Civil expertise to the proof of fundamental rights 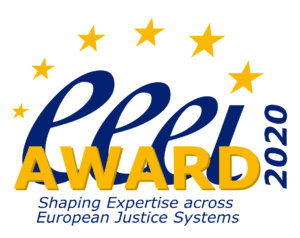 The importance of investigative measures in the administration of evidence in civil proceedings is well known. Among these, expertise has proved to be the most effective and reliable investigative measure in order to reach the truth and enable the judge to rule on data considered reliable. Like any branch of law, civil procedure today is confronted with the advent of fundamental rights. Expertise, which is more relevant to the trial, is not spared by this phenomenon. To question the links between civil expertise and fundamental rights is to study their collaboration but also their confrontation. In other words, it is a question of considering how the expertise procedure should respect fundamental rights but also how fundamental rights will contribute to the evolution of civil expertise.

First, the expertise is subject to the respect of fundamental rights.

This observation is confirmed by the judicial expertise which must observe the components of a fair trial as they result from Article 6 § 1 of the European Convention on Human Rights. As such, the conduct of a so-called “fair” expertise must lead to respect for the following elements: the independence and impartiality of the expert, the speed of the expertise procedure, or the principle of adversarial proceedings (since the Mantovanelli v France judgment handed down by the European Court of Human Rights in 1997). The strength of the fair trial has made it possible to develop, in addition to these traditional principles, other guarantees that the expertise must respect: the requirement of an expert competent technically and procedurally or the guarantee of an expertise at a reasonable cost. Despite the willingness of the legislator and internal and European case law to achieve fair expertise, practice shows that this objective is sometimes difficult to achieve. Indeed, judicial expertise remains slow, expensive and the expert’s skills are often called into question. The remedies to these difficulties seem to be the democratization of the dematerialization of expertise as well as an increased accountability of the actors involved in measurement, whether they are the judge, the parties or even the expert. Their collaboration, in particular under the prism of respect for the principle of loyalty, must lead to the realization of irreproachable expertise. The obstacles to equitable expertise necessarily lead to changes and evolutions in civil expertise.

Third, fundamental rights, and particularly the right to evidence, have made it possible to consider the development of the right to non-judicial expertise.

Non-judicial expertise, i.e. the initiative of individuals themselves and not ordered by a judge, is a satisfactory response to the criticisms made against judicial expertise: slowness and cost in particular. Here again, we must contrast unilateral expertise, whose still uncertain regime leads to a mixed respect for fundamental rights, with amicable expertise, whose recourse is to be encouraged. Amicable expertise seems to represent an effective compromise to the resolution of a dispute in a suitable manner and with respect for fundamental rights, since it is the parties who decide themselves on the modalities for appointing the expert and the rules governing his mission. Moreover, the legislator intends to promote the use of this form of expertise. The framework provided by the Code of Civil Procedure and the Civil Code for the use of the technician within the participatory procedure agreement process demonstrates the legislator’s desire to ensure that the implementation of a non-judicial investigative measure is secure and attractive in the amicable resolution of a dispute.

In conclusion, civil expertise, whether judicial or not, remains a popular and effective measure. Its evolution must necessarily be carried out with respect for fundamental rights. There is every reason to believe that other issues concerning its links with fundamental rights will arise in the future. It will then be necessary to provide satisfactory answers.

Thesis: “Civil expertise in the test of fundamental rights”, under the direction of Professor Natalie Fricero

Several works of the European Institute of Expertise and Expert have contributed to the writing of my thesis, in particular:

The richness of the Institute’s website was also very useful for my research, particularly the “legal and jurisprudence expertise” tab and the “our projects” tab. The documents found on this website are very clear and particularly precise, which leads to a quick understanding of the subject.