The impact of Brexit on European Expert Witnesses and Judicial Experts

Home » Expertise, law and jurisprudence » The impact of Brexit on European Expert Witnesses and Judicial Experts 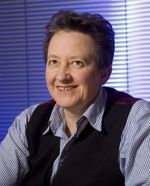 The UK decision to leave the European Union (EU) on 23 June 2016 was executed on 29 March 2017 when Article 50 was triggered and within 2 years full exit terms need to be negotiated for future relationships between 28 countries in Europe dealing with matters relating to the exact terms of co-operation of tariffs, immigration, work permits, trade and security co-operation agreements. A period of great uncertainty is predicted to follow until terms of any agreement are finalised.

This is great news for lawyers across Europe who will be engaged in dealing with the negotiations and the settlement of future treaties and agreements at both national and individual corporate levels. In the UK this also is seen as good news for Expert Witnesses as a period of commercial disputes are predicted to arise from new contracts after Brexit and from interpretation disputes on cross border transactions and from the migration of businesses or redundancies as a result of Brexit.

David Davis, the UK Secretary of State responsible for Exiting the European Union, announced on 28 June 2017 that he was considering the potential development of an Arbitration body as an alternative to the European Court of Justice (ECJ). This was being considered by the UK because the ECJ was not mentioned by the EU in its negotiating guidelines and Donald Tusk, the President of the European Council, suggested that the UK’s proposition in relation to the protection of European citizens’ rights in the UK post Brexit fell below “expectations”. This is the first clearly published disagreement in the Brexit negotiations between the UK and EU negotiators in their “divorce” because it is inevitable that the ECJ will no longer have jurisdiction over UK disputes and that the EU will be reluctant to countenance any alternative to the ECJ. Disputes of almost any kind are potentially good news for expert witnesses because it indicates an area where technical or specialist advice will be required by any Tribunal or Court dealing with the dispute.

It was suggested that there are five possible options for an alternative joint UK-EU arbitration panel the International Court of Justice (ICJ) ; the Permanent Court of Arbitration (PCA) ; the World Trade Organisation (WTO) ; the European Court of Human Rights (ECHR) and the Court of Justice of the European Free Trade Association States (EFTA Court). For various reasons EFTA comes out as a front runner as it accepted by the ECJ, applies EU law and follows the ECJ’s case law and jurisprudence but caters for non EU states and sits outside the EU. If EFTA Court was adopted it has been suggested that with some adaptations that would guarantee the rights of EU citizens as part of the Brexit deal and it would then become the place where trade deals like the Transatlantic Trade and Investment Partnership (TTIP) and Trans- Pacific Partnership (TPP) will be disputed and the key focal point for the need for Judicial / Arbitration Expert Evidence.

Actually Brexit for Experts is a two edged sword.

On the one hand there will no longer be the mutual recognition of Expert qualifications and the free movement of goods and labour whilst the UK was part of the EU, although for Expert witnesses that recognition of qualifications and experience appeared to be nominal in many cases due to the difference in underlying legal systems and the creation of a reliable list of available experts with specific relevant expertise and whether the experts were instructed by the Judiciary or by the Parties.

On the other hand it is extremely likely that there will be more commercial disputes and more work for experts. These contrasting positions must be set in the context of the pace of technological change with cloud based intelligence, enormous security of data and access challenges, increasing red tape concerning data protection and the need for ever more secure firewalls and ID checks. These developments affect Brexit as they are key factors in a volatile trading landscape after a long period of low interest rates, stable inflation and relatively stable exchange rates.

This new environment automatically produces new opportunities especially for smaller Owner Managed Businesses to adapt products, services and cost structure to catch the future. It is essential for experts to be aware of the new business model that will exist in dealing with EU countries after Brexit with particular reference to employees, investment and risk. The impact of any new Value Added Tax or Sales Point Tax, Import or Export Duties and other levies will at the very least cause cash flow delays and impact on the customers and increase documentation but this is a favourite area for politicians and will have to be monitored closely.

These cross border trading levies should not directly impact on experts regularly instructed from the UK in other EU countries and vice versa. However any such levies or duties will impact on their instructing solicitors and ultimate clients that might create a shift from using internationally acknowledged Judicial Expert witnesses and preferring local experts registered at a regional Court or Chamber of Commerce. It is my view that this will not be a major factor in the larger cases where the “best” expert would be preferred in any event.

No article on the forecast impact of Brexit on the work of Experts in Courts and Tribunals would be complete without considering the standards expected in the giving of reliable technical independent impartial evidence by a suitably qualified professional with an overriding professional duty to the Court or Tribunal rather than the Party instructing them.

From the extensive work undertaken by the European Expertise & Expert Institute (EEEi) it has been established that there is no common basis for appointing experts or for monitoring or certifying their standard of performance across the EU nor any common EU directory of experts that have been Certified as achieving a minimum professional standard for giving Judicial expert evidence. The EUdex Project to identify experts with an appropriate specialism to assist a Court or Tribunal in any EU country is being promoted by EEEi for EU funding but has not yet been given the go-ahead.

Another EEEi project is to establish one Accreditation body in each of the EU countries before Brexit is implemented and appoint that one body to oversee the testing and Certification of Experts to a suitable National and Cross Border standard for a period of 5 years following on from the successful EU EGLE project recommendations. This is certainly going ahead in one or two current EU member States including the UK and it will continue post Brexit. Such a 5 year Certificate will assist in overcoming concerns by those making expert appointment as to the competence of judicial experts through multidisciplinary discussions with judges, lawyers and academics to promote a common minimum standard of conduct.

This framework already established for civil cases needs to be extended to Criminal cases and other tribunal work to ensure the quality of experts being permitted to opine within the entire judicial framework across Europe and beyond. The threats of terrorism and international crime exist outside the limits of EU membership and for international safety it is essential to improve the efficiency and co-operation of cross border forensic investigation and enforcement. That strikes me as another opportunity for expert witnesses and forensic practitioners.

Whether the UK is or is not a member of the EU in the light of these developments does not limit the work of the expert, if experts are instructed in any case it seems more important to establish international standards for judicial expert witnesses than limit this simply to EU countries.

Indeed it would appear that opportunities for much greater involvement by expert evidence will be generated in the short term for judicial expert witnesses and in the long term as part of any team involved in cross border contracts. Experts do not generate disputes but their early involvement can often be cost effective to an early pragmatic resolution and the ability of all parties to continue dealing with each other – perhaps there is a lesson here for the Brexit negotiators ?