Find an expert, Our projects

Find an Expert – The start – by Etienne Claes

The content of this article represents the views of the author only and is his/her sole responsibility.
The European Commission does not accept any responsibility for use that may be made of the information it contains. 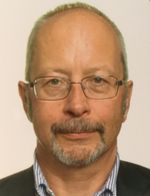 What could be simpler than to find an expert : there are at least two hundred thousand of them spread over the territory of the European Union. And yet …

To find an expert can mean looking for a specific technical skill. But, how to find the expert with the relevant skills and experience ? Unfortunately, at present, the national nomenclatures – when they exist – are not harmonised …

Of course, one should also pay attention for competence in the legal process of expertise. The interveners in the process of judicial expertise obviously expect that the expert appointed, either by the judge or by the parties, is familiar with rules of the proceedings. It would be damaging if the expert’s report were to be excluded from the debates on a procedural matter.

While most experts have a local or regional area of intervention, some may be willing to travel from other European countries, or from elsewhere.

Many countries do not have, or at least do not publish, information or statistics on experts.

The languages of the expert and the expertise are an important issue : in which language (s) is an expert able to read technical data, and in what language does she/he have the competence to write her/his report, or even to speak before a court ?

Some rules of good practice are the same in front of almost every European courts. An example of this is the principle of contradiction in the context of civil expertise. However, the practical arrangements differ according to the States.

Disputes, accidents, situations which may cause damage to natural persons, businesses, governmental or non-governmental organisation, often exceed the borders of a state and sometimes those of the Union European. It is also desirable that the free movement of experts remains possible insofar as this free movement is useful for justice.

The expectations of the citizens, judges, lawyers and experts are numerous. They are to be satisfied, but too often they are not… yet.

These are some of the reasons why the EEEI has decided to launch the project “Find an Expert” : a project supported, and co-financed by the Directorate General Justice of the European Commission.

This first meeting will quickly lead to a next step, which will be to obtain information through the dissemination of questionnaires throughout Europe. All goodwill among members and supporters of the EEEI will be welcome.