If there is one word likely to unite the various participants in legal expertise around it, it is the word TRAINING.

This being said, each one usually goes back to his or her own profession, without (or rarely) consulting with my other partners. Exceptionally, pedagogical committees bringing together Magistrates, Lawyers and Experts have been set up at the level of the Courts of Appeal to implement common training plans. Many of these committees have only had a short existence, due to the transfers of magistrates, the increase in the workload of others, and more generally the lack of desire to perpetuate « one more committee ».

However, if there is one field in which ALL should work together, it is that of Judicial EXPERTISE.

The Judge commissions the Expert. It is indeed from the pooling, I was going to say the communion, of the work of the Magistrates, the Lawyers and the Experts that the judicial decision should emerge.Based on this observation, the EEEI and the National Council of Bars and Law Societies (CNB) (or the CNB and the EEEI) have attempted to build a common training course on EXPERTISE, intended primarily for student lawyers who are just finishing their training or for novice lawyers.

Health constraints, but also the evolution of learning methods, have quite naturally drive the format of this project. Following the positive results of a previous e-learning module on cybercrime, this model was chosen after discussions with the technical partner Make-u-Learn on the feasibility of this operation.

To carry out this programme, three parameters had to be met simultaneously:

Initiated in the last quarter of 2020, the steps were followed by the draft constitution of this Task-Force, despite the uncertainties that weighed on its feasibility.

In the end, six lawyers, three of whom worked in the same law firm, four experts and two judges took on this difficult task. It was a question of dividing this vast programme into a few major chapters such as Expertise (its purpose, its preparation, its realization, its consequences) or the Expert (what he is, what he does, his training, his deontology, or the different forms of expertise according to the Jurisdictions (Civil, Administrative, Penal, CCI) or professional branches (BTP, Health, Medicine, Accounting, etc.) without forgetting the Expertise in the European Union (Differences, convergences and divergences).

In total, there were just over 8 modules and 41 videos, each lasting about three minutes, to be produced. The confirmation of the funding in mid-January launched the start of this real marathon.

The other specificity of this exercise was its preparation – exclusively in teleworking – by teams made up of pairs (Expert-Lawyer, Expert-Magistrate – Lawyer-Magistrate) with the specificity that the participants, scattered throughout France, did not know each other with a few exceptions. Apart from four « plenary » meetings on Teams®, all exchanges had to be made by telephone or digital messages.

It was only when they came to the Clichy studios (92 110) on 4 and 5 March for the video shooting sessions that the contributors had, at least for some of them, the opportunity to meet.

Thanks to the work, the cohesion and the efforts of everyone, this work was completed in barely three months. The first echoes we have received show a keen interest from the public for whom it was intended.

We would like to thank all those who contributed to the writing of the texts, the cutting, the filming and the editing of these e-learning modules for this performance, which many people have asked to be repeated if the opportunity arises.

Dominique Ham
Lawyer at the Paris Bar, Chatain&Associés, specialised in civil liability and contract litigation, industrial risk and IT

Sylvie Perrin
Auditor – Chartered Accountant, Expert at the Court of Appeal of Versailles and the Centr

Claude Vallet
Honorary Magistrate – Court of Appeal of Nancy, Former President of the Board of Appeal – European Patent Office 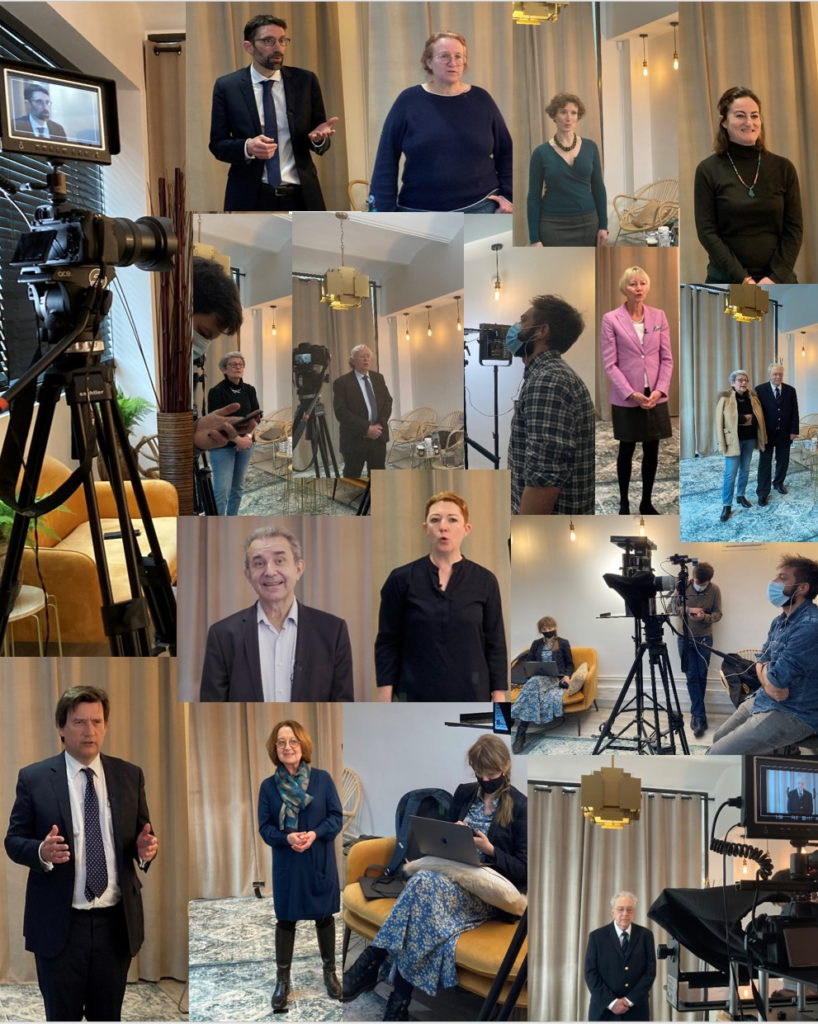