The “Chambre Nationale des Commissaires de Justice”, which today groups together the “Huissiers de Justice” and the “Commissaires-Priseurs”, i.e. approximately 3,500 public officers and more than 6,000 employees, expressed a need to raise awareness of the risks of cybercrime, which have increased significantly since the first confinement among the Commissaires de Justice as well as among many legal professionals.

After various exchanges by videoconference with Pascal Thuet, Treasurer of the CNCJ, Bruno Le Nozer, Director of the information system of the CNCJ, and several regional delegates of the CNCJ, an appointment was made on February 22, in Paris, in the premises of the Chamber, so that the various protagonists could meet and determine a program, already well advanced, which was to correspond to the equivalent of 4 hours of training. A shorter format than for the CNB.

The EEEI delegation consisted of Benoit de Clerck and Guillaume Philippon, members of the COMEX, accompanied by Valentin Fluteau and Milena Hughes from the company Make U Learn, with whom the EEEI is now used to developing training programmes. This meeting made it possible to decide on the final programme with six modules (sensitive elements of the office, environment, contractualisation, threats, good practices and support from the CNCJ) divided into three to five sub-parts led by eleven speakers including Judicial Commissioners and Experts proposed by the CNCJ and the EEEI.

The project was launched with a ten-week completion target

The first phase was the framing of the subjects for each of the speakers who were to have the objective of writing, within a period of three to four weeks, scripts requiring individual work and then collective work in the form of workshops with a representative of the CNCJ in the person of Mrs. Manelle Ben Yedder, in charge of piloting, and a representative of the EEEI under the leadership of Make U Learn.

After six weeks of reflection, writing and meetings, each of the speakers had a written intervention to fit into the time allotted to each video.

Three filming sessions were organized on Monday 26 April, 3 and 10 May in a studio in Clichy-Batignolles. The atmosphere was rigorous but good-natured and jovial. The EEEI was able to meet all the participants. At the same time as the filming was taking place, the quizzes needed to evaluate the trainees as part of any training course were being written.

The project that was given to carry out had to concern both the Judicial Commissioners and their collaborators and two e-learning training courses were set up so that everyone could find something to do with it and could grasp, in a relatively short period of time, the message that the CNCJ wishes to convey.

This tripartite collaboration (CNCJ-EEEI-MUL) was a great success for the EEEI, which was able to demonstrate its know-how once again and to make itself better known among legal professionals. The EEEI hopes that this first collaboration with the CNCJ will lead to a second phase soon.

The speakers of the CNCJ:

Consulting engineer in IT and judicial expert at the Court of Appeal of Limoges: Nicolas Barbazange 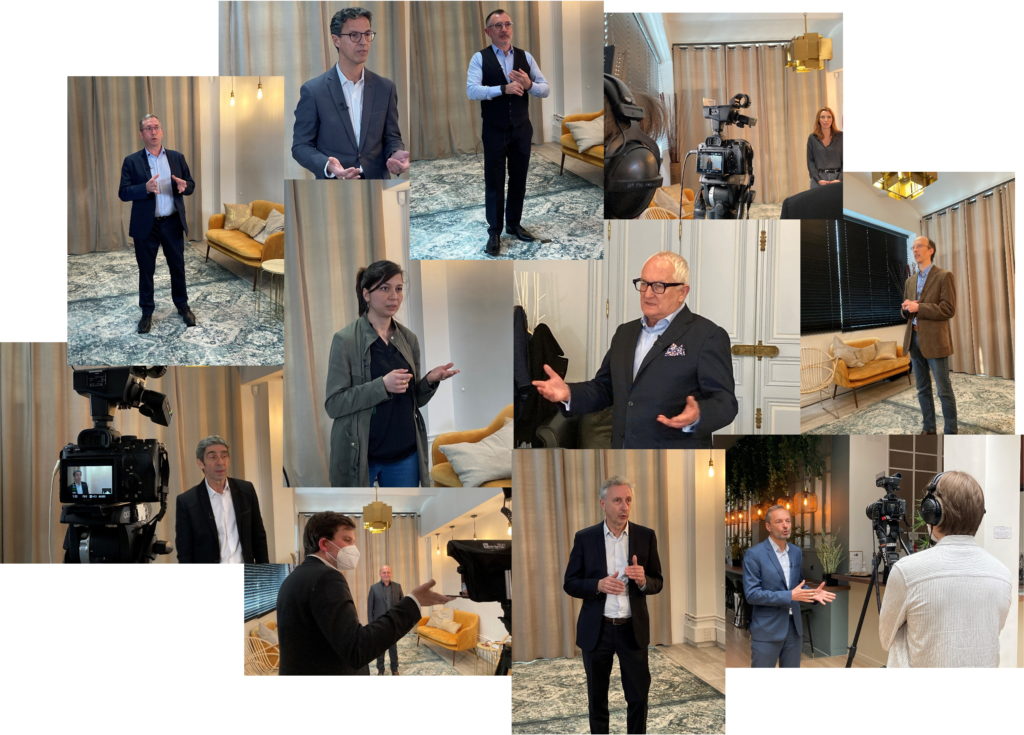